Liking the Aztec print trend at the moment; my paintings incline a bit that way. The less garish a colour and pattern is, the more you can mix it with other colours and patterns without looking like a circus. Notice the intense blues seem to be making a comeback, though. I reckon it’s time for a  1920s revival a la House of Elliot – that ravishing 90s TV programme about gorgeous frocks. You can still find those signature elongated vests as worn by Louise Lombard in the series, in op shops. Gotta love the 20s. They went mad for all things Egyptian after Tutenkhamen’s tomb was discovered in 1926. Also Japanese designs were still so very popular but when aren’t they? Went to opening of Japanese textile show at RMIT gallery on Swanston St but that show has been postponed. Someone let me know when it opens! Noticing a few loud graphically patterned long cardigan jackety things a la the 1980s  – spotted a good one at the gallery. Very colourful. Saw the same jacket at the opening night of Bangarra Dance Theatre’s Terrain the following night (on the same woman). Next time I see her I might mug her for it. The show of course was ravishing, just beautiful and I raved about it in Inpress (Front Row arts pages). Had the total pleasure of interviewing Francis Rings and David Page for Inpress but they published my story under another writer’s name!

Back to jackets. There was a black and white Chinese type embroidered jacket on Miss Phryne Fisher the other week, very much like the one I inherited from my great grandmother. It’s hand-embroidered and quite stunning. Seldom wear it though; I should. I wore it at my 21st but that was a while ago… Went to a tattoo convention and saw a youth having that publicity shot of Miss Fisher tattooed on his upper arm. Hope he lets the programme producers know about it.

Made my way over to St Kilda the other weekend and discovered the Southside Market: a last-Saturday-of-the-month indoor event (at 88 Acland St), specialising in vintage-inspired fashion and cute stuff. Held in the grand old RSl Hall on Acland St which means beers at RSL prices. Nice. Lovely atmosphere with the glass cases full of war memorabilia providing  backdrop scenery. 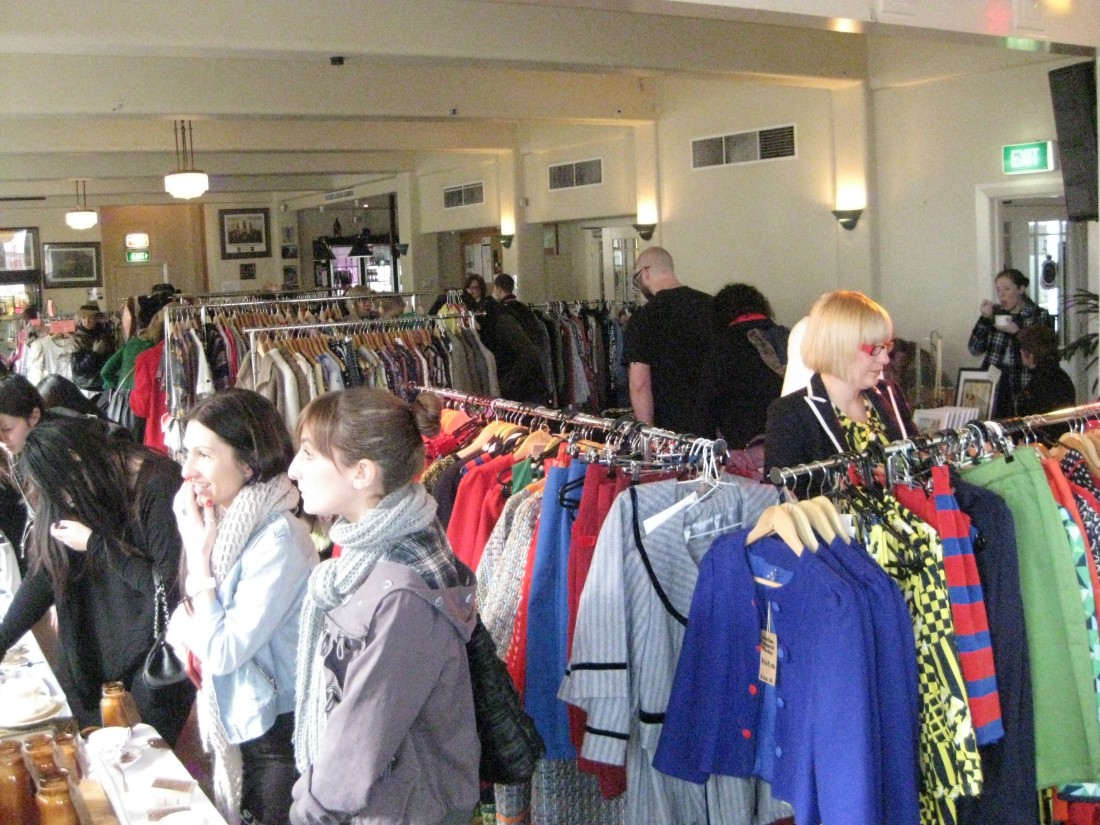